The hotdog, both a slang term suggesting excellence or a tasty treat enjoyed at picnics and baseball games, serves as an American cultural icon. A dish that has revolutionized the culinary industry and forever altered the palates of the American diner, hotdogs are currently served in a plethora of forms and fashions, many geographical regions boasting their own rendition of the recipe. In this edition of The StickerTalk, join us as we get to the meat of this savory snack.

Fabled Fare: Even ancient kings couldn’t resist the full flavor of a hotdog! Homer included descriptions of hotdog-like dishes in his literary masterpiece, The Odyssey, and the infamous Nero reportedly enjoyed an early version of the dish while he was not adding to his litany of leery legacies.

Downing Dogs: While you don’t need to be a full-time foodie to savor a hotdog, many folks find their thrill by competing in hotdog eating contests. The reigning hotdog-eating champion devoured a staggering sixty-two hotdogs in a mere ten minutes in 2015!

Sausage in Space: A food that transcends the Earth’s boundaries, hotdogs have accompanied hungry astronauts to space on several NASA missions. Beginning around the launch of Apollo 11, astronauts were able to enjoy tastes of home while exploring the far reaches of our universe. 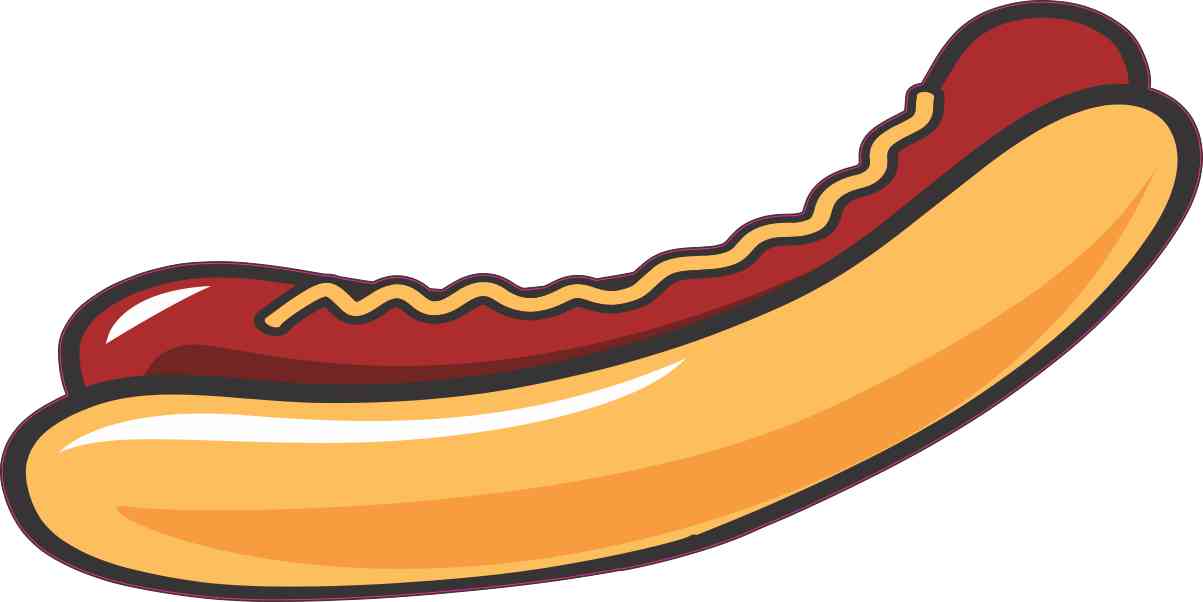