A city shrouded in enigma, Roswell, New Mexico, existed in peaceful obscurity until the year 1947 when Roswell native Mac Brazel discovered an unidentifiable pile of wreckage in his pasture. Brazel, along with panicked neighbors, attributed the heap of distorted metal, plastic, and foil to extraterrestrial activity. When soldiers quickly responded to the scene to confiscate the mysterious materials, rumors of a UFO crash spread like wildfire. Years later, military officials revealed the so-called “UFO remains” to be the remnants of an espionage ballon used in the top-secret Project Mogul. However, many curious spectators refused to believe the government’s explanation. America’s fascination with extraterrestrial life was only heightened when a nearby Air Force base began conducting dummy drops near Roswell during the 1950s. The dummies’ human-like forms coupled with eerily unnatural secondary features fueled the imaginations of alien enthusiasts. Like the wreckage of Roswell’s initial alleged alien encounter, these “aliens” were quickly scooped up by military personnel, sparking even more skepticism and speculation. Tales of abductions and encounters soon became commonplace in the Roswell area, a tradition that has continued into the present day. Whether or not the government conceals a monstrous secret is an object of perpetual debate. Evidence of aliens, or military misfires? We’ll let you be the judge! 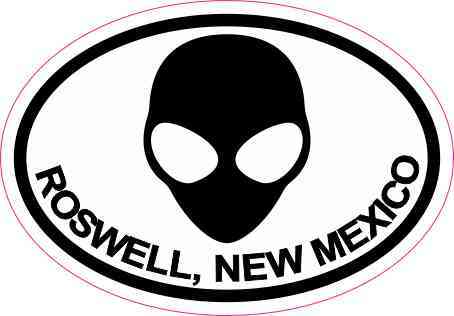