An energizing beverage often found at the epicenter of exhausting endeavors and early morning rituals, coffee has constantly been the subject of dispute. Ethiopian shepherds first stumbled upon coffee beans in 800 A.D., and the drink soon waxed popular among members of the Muslim faith. This trend sparked outrage in the Catholic Church; Catholic authorities fervently advised Pope Clement VIII to deem the drink sinful. However, because the Pope became hopelessly entangled in the full flavor of the questionable beverage, he officially baptized coffee and declared it sanctified. Today, the coffee debate has taken a secular turn. The unclear effects of caffeine on the human body and the unhealthy amounts of sugar often added to the drink draw the skepticism of nutritionists, doctors, and other professionals. In spite of the enigma surrounding coffee, it will almost certainly endure as a universally enjoyed beverage for years to come. 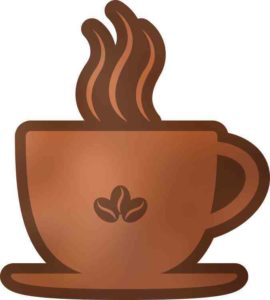