The Curious Chasm of the Lone Star State

The Curious Chasm of the Lone Star State

A spectacle of splendor, Palo Duro Canyon shatters the monotony of the high plains of the Texas Panhandle, carving intricate indentions into brilliantly banded rock. Palo Duro Canyon State Park, a sanctuary where rocky spires may freely scrape endless blue skies, serves as a refuge from the perils of modern life. The canyon boasts a past steeped in a multitude of histories and cultures. Although the physical beauty Palo Duro alone proves capable of capturing the attention of a nation, The StickerTalk hopes to enhance your appreciation of this natural marvel by spotlighting noteworthy incidents of the canyon’s past, a story as deep and mysterious as the landmark itself.

Everything’s Bigger in Texas: At a staggering 120 miles long and 800 feet deep, Palo Duro Canyon’s sheer size earned it the unofficial title of the second largest canyon in the United States. Only Arizona’s Grand Canyon sprawls over a larger area of land; the Grand Canyon spans 277 miles long and reaches a maximum depth of approximately 6,000 feet.

A Land Divided: Like much of the United States, Palo Duro Canyon once witnessed violent clashes between white settlers and Native Americans. Perhaps the most infamous of these conflicts is the Red River War of 1874. Largely led by Comanche Chief Quanah Parker, the Native Americans residing near Palo Duro Canyon fought valiantly to retain their homelands. However, after suffering a series staggering defeats, Quanah Parker and his followers were forced from their land and onto reservations, bringing about a tragic end to an ancient chapter of the canyon’s history.

Exotic Etymology: As Spanish explorers were among the first European explorers to study the geography of Texas, it seems fitting that this massive landmark bears a Spanish name. Observing the hardwood trees growing in the area, these early explorers gave the name “Palo Duro,” meaning “hardwood,” to the canyon. 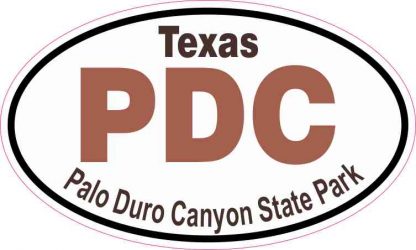