Although not typically considered a monstrous metropolis, the city of Tupelo, Mississippi, serves as a hub of culture and history. Its unique location allows Tupelo to harbor both serene, natural beauty and modern innovations, making the community a complex fusion of the area’s rich past and its promising future. In this edition of The StickerTalk, join us on a virtual road trip through the wondrous ways of Tupelo, Mississippi!

A Bunch of Buffalo: Within Tupelo’s city limits is the largest zoo in the state of Mississippi. It’s primary exhibit? An extensive herd of buffalo! A home to approximately 300 buffalo, the Tupelo Buffalo Park and Zoo was founded at the site of a former cattle ranch in response to the American bison’s rapid decline in the twentieth century. Thanks to the park’s founders, current and future generations of Tupelo tourists can marvel at the gentle giants.

Birthplace of a King: The King of Rock and Roll, Elvis Presley, traces his roots back to Tupelo, Mississippi. Born in a double-room house in Tupelo on January 8, 1935, Elvis spent the first thirteen years of his live largely within Tupelo city limits. The city continues to honor this celebrated citizen through the annual Elvis Festival. 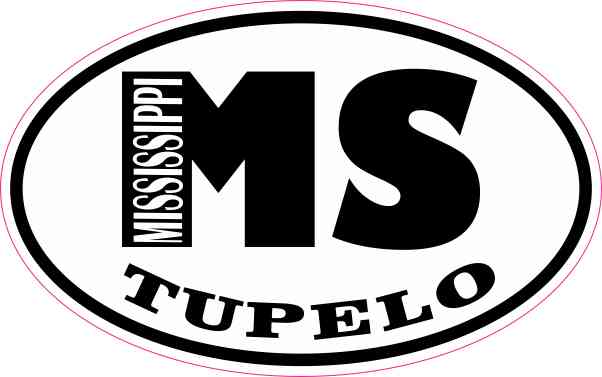