Over two centuries ago on this day, our Founding Fathers signed the Declaration of Independence, uniting the oppressed colonies under one name, one vision, and one flag. Although time has slightly altered its features as the years rolled by, the star-spangled American flag continues to fly over the land of opportunity and haven of democracy. War, political unrest, and economic depression all attempted in vain to force our nation to lower its colors, but the unity represented by Old Glory conquered every challenge presented to the American people. StickerTalk honors our nation’s emblem by producing high-quality American Flag Stickers. We offer a wide variety of shapes and color schemes, including heart-shaped and black and white flags; however, the traditional banner proves most popular as customers pay homage to our country’s foundation of freedom. Designed to be easily displayed, you can showcase your patriotic spirit by applying an American Flag Sticker to vehicles, cups or tumblers, tablets, or any other hard, flat surface. We here at StickerTalk hope that this product serves as a year-round reminder of the loyalty, bravery, and patriotism stitched into every star and stripe of our great nation’s emblem. 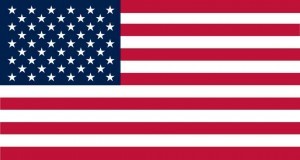