The pleasantly plump pumpkin has recently gained notoriety as the key ingredient for a litany of pumpkin-spice-flavored seasonal eats, drinks, and treats. However, the pumpkin possesses a variety of other charms besides its inexplicable ability to enhance the flavor of lattes in coffeeshops across the nation. Join The StickerTalk as we carve into the delicious details of the pumpkin’s legendary past and illustrious present.

Primitive Pumpkins: Modern research indicates that the pumpkin was initially cultivated on the American continents. The gourd has long been a vital source of sustainment for native peoples; Native Americans consumed every part of the pumpkin, even eating the blossoms in stews. Pumpkin seeds additionally provided a form of medicine for Native Americans. Upon Columbus’s arrival to the Americas, he was among the first Europeans to see a pumpkin. Oral tradition states that Columbus carried pumpkin seeds across the Atlantic Ocean, resulting in the rise of pumpkin growing in European gardens.

A Thanksgiving Staple: While no contemporary Thanksgiving feast would be complete without a slice of pumpkin pie, the decadent dessert did not exist at the time of the initial observance of the holiday. Because pumpkin pie would take another fifty years to find its way onto the Thanksgiving table, grateful pilgrims and Native Americans enjoyed pumpkin custard at the conclusion of the first Thanksgiving meal. Pilgrims also reportedly brewed pumpkin-flavored beer.

A Favored Flavor: As already mentioned, pumpkin-infused delights have taken the culinary world by storm. But just how much do Americans spend to savor their prized pumpkin spice? A recent study concluded that a staggering $414 million was spent on pumpkin-flavored products in 2017 alone! 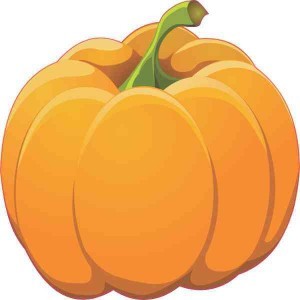