They’ve Got Spirit, Yes They Do!

They’ve Got Spirit, Yes They Do!

From pyramids to pompoms and from flight to flips, cheerleaders and their assorted arsenal of acrobatics have played an integral role in athletic contests for over a century. Today’s ever-optimistic cheerleader brightens up sporting events, rallies school spirit, and even participates in competitive cheering events, but the modern cheerleader owes its existence to a mixed medley of athletic ancestors. In this edition of The StickerTalk, follow us on an expedition designed to examine the highlights of this unparalleled pastime!

The Princeton Precedent: While an early form of cheerleading reportedly developed in Great Britain during the 1860s, the sport was first witnessed in America in the year 1884 when spectators at Princeton University began to chant cheers during athletic events. A Princeton graduate named Thomas Peebles was later credited with creating the niche for cheerleaders at the University of Minnesota; instead of the crowd participating in self-directed chants, Peebles unwittingly became the America’s first cheerleader when he lead cheers and chants at a Princeton-Minnesota football game in 1894.

Catchy Costumes: Contemporary cheerleaders are often clothed in stylish spandex, this has not always proved the norm. The first female cheerleaders donned ankle-length skirts and varsity sweatshirts before cheering their team to victory. Eventually, in the 1930s, paper pompoms began to accompany the cheerleader’s casual ensemble, a prop that lost popularity only when vinyl pompoms were developed in the 1960s. 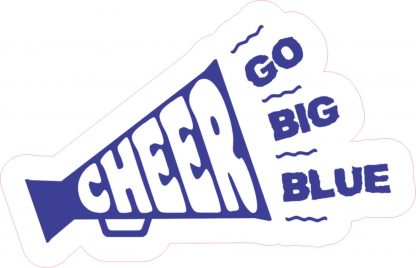